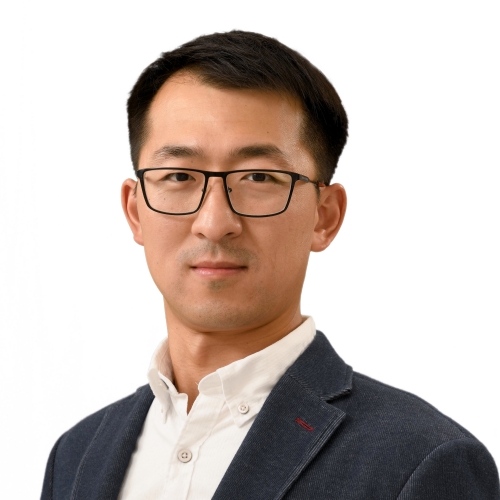 Wenpei Gao’s research focuses on developing correlative in situ imaging techniques in state-of-the-art advanced Scanning/Transmission Electron Microscopy to study the dynamics of nanostructured catalyst, which bridges the atomic scale mechanisms with reaction and transformation in chemistry. His expertise also includes advancing and applying four-dimensional electron microscopy at heterogeneous interfaces in functional oxide materials. Gao’s work has been recognized by numerous awards, including the Racheff-Intel Award for Graduate Research from the Univ. of Illinois, the 2012 Eric Samuel Award from the Microscopy Society of America, an Award of an Invited Student Talk at the 2013 Argonne National Laboratory Annual User Meeting, the Racheff/Burnett Teaching Fellowship at Univ. of Illinois, Urbana-Champaign, the MSA Postdoctoral Award of 2019, and the Albert Crewe Award of 2021 from Microscopy Society of America.

The critical role of catalysts in supporting advanced industries and technologies cannot be overstated. From nitrogen fixation to petroleum cracking, even a moderate improvement in catalyst efficiency can result in monumental energy and monetary savings. As the state of the art develops, so does the complexity of these catalysts and their manufacturing processes. Although nanoparticle catalysts are still prevalent, nanoparticle or single atom catalysts bound to non-catalytic material to modify their properties has become the topic of much research. These have often taken the form of platinum affixed to substrates such as ceria or alumina. However, the introduction of a support structure, and a corresponding interface, increases the complex nature of the manufacturing environment. Therefore, to control the resulting catalyst morphology and active sites, it is necessary to understand the reaction pathways that connect the chemical precursor to the final product and determine how the introduction of a compatible substrate affects catalyst nucleation and growth. Historically, efforts to research catalytic reaction paths have been performed on large sample volumes using various in situ diffraction and spectroscopic techniques. In this manner, it is possible to generally determine what phases and oxidation states are involved in the process. However, such techniques are not ideal for delving into the highly localized and non-uniform reactions that occur in the angstrom scale environment of nanoparticle nucleation and growth at an interface. For this reason, alternate techniques based on transmission electron microscopy (TEM) have been employed successfully to observe nanoparticle synthesis at atomic resolution in a variety of operant environments. However, to date, few TEM studies have successfully imaged the intermediate steps required to reduce a catalystÃƒÂ¢Ã¢â€šÂ¬Ã¢â€žÂ¢s chemical precursor into a metallic state and thereby understand its nucleation and growth processes. In large part, this has been a consequence of the commonly used liquid phase in situ environment that renders solute chemical imaging impossible. Here we proposed to use atomic resolution, in situ TEM to study the effect of environmental variables in the manufacturing of catalytic nanoparticles from a solid state precursor. The chief system of interest will be that of platinumÃƒÂ¢Ã¢â€šÂ¬Ã¢â€žÂ¢s chemical precursors with a range of inert substrates. Initial steps toward the accomplishment of this goal have already been taken to great success. By using a combination of low dose HAADF and iDPC, it has been revealed that initial nucleation of platinum metal from potassium tetrachloroplatinate can occur from a disproportionation reaction. This has demonstrated that the concept is technologically sound and may be reproduced on more complex systems to gauge the effect of substrate-rich environments. o overcome this impediment, machine learning based compressive sensing will be developed to reconstruct the images from a limited signal. In this manner, the time resolution of the image series will be substantially improved without sacrificing interpretability.