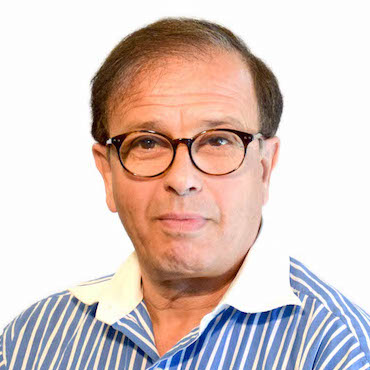 An interest in a position at ARO in the capacity of an IPA contract employee is expressed. The interest is particularly focussed in exploiting the PI's knowledge and familiarity with DOD challenges to provide the vision, leadership and help shape the research agenda priorities to ensure that the current as well future sensing and information and machine learning challenges be met.

Our goal in this effort is to apply recently developed multi-modality fusion algorithms to vehicle data collected at ORNL. The testing of additional sensors would ensure the applicability of our approaches to the ORNL target goal of potentially deploying these algorithms in their system which is an on-going project. This testing project is to hence harness a number of sensing modalities including, acoustic, magnetic, video, possibly laser, and jointly exploit them to carry out target inference. We will focus on a vast database of vehicles most of which have been characterized by the previously mentioned modalities. In coordination with the ORNL Project Lead, we will work to identify the potential stress factors for the developed algorithms in the field, and will define the proper strategies to preserve a robust or at least gracefully degrading performance of the algorithms.

This work is to thoroughly evaluate and test algorithms that have been developed within VISSTA Laboratory. These pursued remote sensing data sets with associated applications will strengthen our collaborative work with Lawrence Livermore by a number of internship periods of the student at LLNL.

Fundamental problems in science and engineering have become increas- ingly interdisciplinary, requiring knowledge and expert input from several areas of research. This is both challenging and exciting. The primary chal- lenge faced by researchers is to keep abreast of new developments in tangen- tial research areas to their own, not to mention those which are considered diÃ‚Â®erent. The increasing complexity of newly arising problems has on the other hand, invariably required a multifaceted approach to viewing and un- derstanding them, and ultimately produce a solution. To that end, the PIs propose to host a regularly scheduled seminar series with preeminent and leading reseachers in the US and the world, to help promote North Carolina as a center of innovation and knowledge and to ensure safeguarding its place of leading research.

With a focus on Diabetes in Phase 1, we propose the development of a comprehensive tool which will systematically and seamlessly navigate across the various hybrid data accessible through UNC Medical Records, with a health assessment enabling capability as well as various possible trends. More specifically, we plan on fully exploiting the tools of machine learning and bring them to bear on each step of the data analysis and exploitation. In close consultation with the health specialists, we will develop a mapping mechanism of qualitative data to the quantitative space, thus homogenizing the data. In addition, we plan to design a ÃƒÂ¢Ã¢â€šÂ¬Ã…â€œDecision TreeÃƒÂ¢Ã¢â€šÂ¬Ã‚Â (DT) adapted to our homogenized data. We will exploit the characteristic computational efficiency of tree structures to comb through each patientÃƒÂ¢Ã¢â€šÂ¬Ã¢â€žÂ¢s data to yield a quantifiable assessment of interest (e.g. patient is cured as a result of treatment, follow up visits, prescription follow up, and cross validated with State Vital Records). Note that the proposed DT-based analyses not only play a key role in the analysis of trends across populations of patients, but also can also be used to conduct other global statistical analyses (e.g. probabilistically determine a permanent cure conditioned on a life style). Our plan is to have a Personal Computer-based menu-driven tool with a comprehensive set of options, including visualizations, to carry through a thorough exploration of data; the planned interactive operation will necessitate some attention to identifying and solving all computational bottlenecks in this process.

An interest in a position at ARO in the capacity of an IPA contract employee is expressed. The interest is particularly focussed in exploiting the PI's knowledge and familiarity with DOD challenges to provide the vision, leadership and help shape the research agenda priorities to ensure that the current as well future sensing and information and machine learning challenges be met.

This work addresses a problem of space debris detection, and target parameters estimation from both optical and radar data. It aims at: - A network-based experimental design to make measurement of existing debris - Exploiting two or more sensing modalities, and fusing information of at least Optical and Radar measurements potentially made at geographically distinct locations, and enhancing the data for analysis - Developing a Bayesian inference framework to overcome the diversity of tracks and targets - The optical data will be captured by a 60 cm telescope which is at disposal to CTU Prague team. The radar measurements will be obtained from a Czech amateur radio astronomy network. The optical and radar measurement will be synchronized, i.e. the same orbiting object will be seen simultaneously in both sensor modalities.

The topic of Union of Subspaces has recently emerged as a promising alternative to PCA and Robust PCA. In addition to oneÃƒÂ¢Ã¢â€šÂ¬Ã¢â€žÂ¢s ability to retrieve a noise-free component satisfying such a model as we have recently shown, we propose to approach the problem as a subspace pursuit problem, much akin to basis pursuit, using the formalism of a Grassman Manifold. We also propose to investigate more challenging spaces where singularities appear and the underlying spaces are not necessarily flat. This so-called stratified space promises to provide additional flexibility to capture sudden changes of scenes in imagery data for instance.

In this proposed effort, we plan on building a powerful and flexible GPU computational infrastructure platform which consists of (i) a GPU cluster with more than 79,000 GPU cores and around 80 CPU cores including two cutting-edge GPU supercomputers and ten existing desktops with new high-end GPU graphics cards upgraded, and (ii) a mobile base with on-board computer for robots. The platform will be used by both the Vision, Information, and Statistical Signal Theories and Applications (VISSTA) lab directed by the co-PI Krim, and the Interpretable Visual Modeling and Computing Lab (iVMCL) currently created by the PI Wu in the department of Electrical and Computer Engineering at NC State University (NCSU). The proposed computational platform will enable the two to address ongoing research projects on heterogeneous Big Data analysis and deep understanding, as well as to smoothly prepare for future ones. This new platform will complement and match the input modalities already present at the two labs, and expand current capabilities in aggregating, parsing, fusing and ultimately analyzing and understanding heterogeneous Big Data in the following applications relevant to the Department of Defense (DoD): (i) Sensor Networks of various modalities (static or mobile) such as deep understanding of scene and events of a camera network; (ii) Social Networks with information stored locally, and (iii) Bioinformatics data, specifically related to the brain connectome, both based on topological data analysis theory; (iv) Robot autonomy by learning from situated dialogue (i.e., verbal instructions grounded on visual demonstration) and physiological sensing. Not only will the proposed GPU cluster enable PI Wu and co-PI Krim to investigate and pursue a genuine parallel implementation of many already successful centralized models and algorithms, but also be beneficial to students (undergraduates and graduates) in the classes regularly taught by PI Wu and co-PI Krim, as well as other research groups at NCSU since the proposed cluster will be seamlessly integrated, and bring new feature, into the university's computing platform.