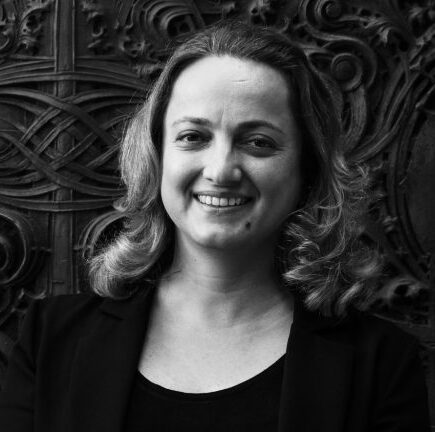 With a focus on developing innovative, resilient planning and sustainable design strategies for growing communities in North Carolina, the proposed project scope aims to outreach and develop a vision for Town of AngierÃƒÂ¢Ã¢â€šÂ¬Ã¢â€žÂ¢s downtown area. Utilizing the design thinking principles and informed by the existing research and best practices related to planning and community design, this project aims to develop a vision that will enhance downtownÃƒÂ¢Ã¢â€šÂ¬Ã¢â€žÂ¢s identity and its characteristics in support of its economic development plans. The primary goal of the project is to assist in the development of design strategies and development vision that support the long-term function, health, and vitality of Town of AngierÃƒÂ¢Ã¢â€šÂ¬Ã¢â€žÂ¢s downtown and its surrounding neighborhoods. The proposed project will develop open space planning, physical development, and design recommendations for the future uses that are interest to the Town. The project team will consider development patterns and population trends in town, within the County, and its surroundings. The project will be guided by planning and design approaches to development of specific sites, open space planning, streetscape design, and overall uses. Emphasis will be placed on assessing options and providing recommendations tied to existing community assets. The team will develop design recommendations that address a variety of spatial and temporal scales of open space planning and physical development including aspects of community-wide infrastructures (wayfinding, transportation/circulation, streetscape etc.), site development, and building patterns/typologies. Recommendations will reflect current codes and standards and include suggested changes needed to meet proposed design options and recommendations. We believe the elements undertaken through this effort will assist Town of AngierÃƒÂ¢Ã¢â€šÂ¬Ã¢â€žÂ¢s future downtown development efforts by promoting design best practices centered on long-term community function, health, resilience, culture, and vitality.

The physical built environment in higher education is drastically changing to accommodate diverse student needs, recruitment demands, and state of the art technology. However, spatial design decisions are often not grounded in empirical evidence (Blackmore, Bateman, Loughlin, OÃƒÂ¢Ã¢â€šÂ¬Ã¢â€žÂ¢Mara, & Aranda, 2011; Temple, 2008) and little is known about how these spaces influence individuals and groups with diverse needs, such as accessible, functional, and cultural. While some argue that increased enrollment in online and distance courses has reduced demand for formal academic space (MazouÃƒÆ’Ã‚Â©, 2012), there has been over a 10% growth in campus built space in the last decade. Further, almost half of university dollars spent on the built environment are for informal learning spaces, such as libraries, learning commons, and student unions (Sightlines, 2016). If selected, the Spencer FoundationÃƒÂ¢Ã¢â€šÂ¬Ã¢â€žÂ¢s Small Research Grant will support the investigation into how the design of informal learning spaces support collective diversity in higher education. The proposed multiphase mixed methods study will expand current collaborative pilot research efforts on informal learning environments at two universities in the southeast United States to provide an in-depth exploration into the physical and social dimensions of informal learning spaces with the intent to inform equitable design decisions in practice.

This effort will use a phased strategy to evaluate occupancy and articulate a model conceptual design for the Fayetteville NC Works Career Center. The proposed evaluation process and the ultimate spatial programming and conceptual design will help develop a process for future improvements in similar career centers and the public workforce offices.

The overarching goal of the project is to assist in the development of design strategies that support the long-term function, health, and vitality of communities located in historically flood-prone North Carolina communities. The proposed project will contribute to the ongoing Hurricane Matthew Disaster Recovery and Resilience Initiative (HMDRRI) work by developing design and planning recommendations for neighborhood and housing (re)construction activities associated with post-Matthew recovery efforts. The project team will consider hazard-related issues facing this region, including the potential impacts of flooding, development patterns, and population trends. The project will be guided by architectural and landscape architectural approaches to development, conservation, and management practices and uses.

NC State University's College of Design in collaboration with the College of Humanities and Social Sciences and the Poole College of Management will take the lead in a study to identify strategies to greater enhance the unique character of the South West Raleigh area, and explore opportunities for future private economic development, which will continue to promote the district as a ?creative? place to live, work, and play. This project will also foster collaboration among North Carolina State University, South West Raleigh community members, officials and staff of the City of Raleigh (e.g. Community Services Department, Planning Department), as well as, other key stakeholders, such as real estate agencies, businesses, and organizations. With special emphasis on visual character and rich history, as well as social meaning, this project will help develop and incorporate design, economic development and cultural strategies to preserve and enhance the livability and underlying identity of the diverse neighborhoods in the South West Raleigh area that is known as Raleigh?s, or the Capital City?s CREATIVE District.

NCSU has yet to tap existing on-campus resources to build our capacity to be a leader in urban sustainability. Capitalizing on NCSUÃƒÂ¢Ã¢â€šÂ¬Ã¢â€žÂ¢s present strengths in the College of Design, the College of Natural Resources, the College of Engineering, and the College of Humanities and Social Sciences,this funding will establish a Sustainable Cities Consortium to allow the scattered expertise and interest at NCSU to become more relevant and powerful, solidifying NCSUÃƒÂ¢Ã¢â€šÂ¬Ã¢â€žÂ¢s position as a leader to address the growing emphasis on both opportunities and challenges in urbanized and rapidly urbanizing areas. A series of workshops at NCSU, engaging 30-50 NCSU faculty and staff, will be focused on establishing a well-documented network to address funding opportunities, as well as determining interdisciplinary topics for white papers and proposals. A collaborative project site will also be established through a reputable online tool to more quickly identify appropriate collaborators through their expertise areas to streamline collaborative responses to funding opportunities.

Lenoir County, located approximately half way between the capital city of Raleigh, North Carolina, and the Atlantic Coast, is poised to launch a regional revitalization effort based on the existing, underutilized, Kinston Global Transpark facility. This effort, focusing on increasing economic development opportunities through adaptive reuse of the airfield and its property, has the ultimate goal of job creation for both North Carolina citizens and returning military troops to nearby Fort Bragg. NCSUÃƒÂ¢Ã¢â€šÂ¬Ã¢â€žÂ¢s College of Design will collaborate with Lenoir County, surrounding counties, partners and stakeholders to strategically plan to increase capacity for tech training and manufacturing. By enabling the community to participate in the development of a conceptual regional infrastructure to support a flexible manufacturing hub, increased job growth, training, and community security, rural N.C. communities can better visualize, and execute, revitalization plans to support job creation and small business incubation in response to growing target markets. As North Carolina continues to grow its portfolios of agriculture, industry and manufacturing, there is incredible opportunity for Eastern North Carolina to position itself as a unique venue of opportunity.

The overarching goal of this research and exploration is to engage the Town of Benson's management, citizens and stakeholders in the creation of a conceptual vision plan to guide development of the site in priorities, planning, renovations,fundraising, and community engagement . Simultaneously, the process will emphasize the development and inclusion of environmentally friendly strategies and design education for the study area, with a focus on establishing a healthy, stable and engaged community . The concept plan will aim to increase the vitality of downtown Benson and its surrounding areas through enhanced connections of spaces,themes, neighbors, visitors and friends, as well as with the natural world. The resulting concepts will support and increase recreational activities in already established venues and facilities, such as the Parks and Recreation site and facilities and Main Street, while also identifying new alternatives for growth,education and engagement.