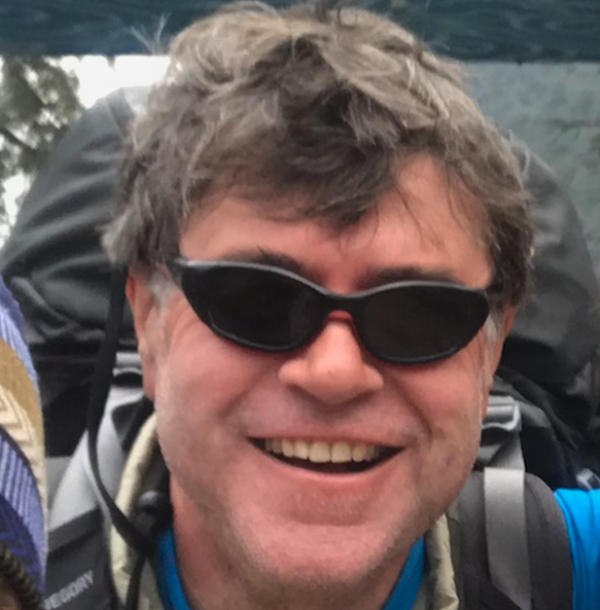 Overview: As the climate warms, high latitude river systems are expected to undergo major geomorphic changes. However, there are gaps in our understanding of how climate transitions trigger threshold changes in sediment routing and floodplain morphology. The goal of the proposed work is to increase our understanding of how rivers have responded to climatic â€˜tipping pointsâ€™, which will enhance our ability to predict whether rivers will undergo significant morphologic change in the future. Quaternary aggradational and degradational river terrace successions record major transformations in floodplain and channel morphology as rivers shift between wider aggradational and narrower vertically incising endmember systems. We propose to investigate the timing, evolution and sediment routing dynamics of late Quaternary river terrace sequences in eastern Scotland as they relate to climatic shifts and glaciations to help fill gaps in knowledge related to river geomorphic and sedimentological responses to climate change. Eastern Scotland is an ideal location to undertake this work because it is relatively tectonically inactive, has an excellent climate chronology, has undergone both continental ice sheet and ice cap/alpine glaciation in the late Quaternary, and it contains well documented river terrace successions in our proposed field areas of Glen Feshie, Glen Dee, and River North Esk/ Westwater. Intellectual merit: The primary research questions that motivate our proposed project include: (1) What duration and intensity of climatic change is required to cross geomorphic thresholds and drive major transformations in floodplain morphology? (2) What are the timescales over which periods of disequilibrium persist once a threshold is crossed and what factors allow a new steady state to be established? (3) To what extent do secondary or non-climatic forcing mechanisms modulate climatic controls on floodplain morphology? To address questions 1 and 2 we will resolve the timing of terrace aggradation and degradation using radiocarbon, optically stimulated luminescence (OSL), and cosmogenic nuclide exposure dating. We will compare the timing and duration of aggradation and degradation with the timing of major and minor climatic transitions to understand what magnitude of climate change is required to drive a major change in floodplain morphology. To address question 3 we will compare differences in the timing and duration of river morphology changes between field sites with the same general climatic and glacial history but with different catchment specific properties. We will also consider a secondary tier of research questions which have the potential to yield additional process-based insight and can be addressed entirely or mostly using samples/data that will already be collected to address the primary research questions. These include: (4) How does the magnitude of prior glacial erosion influence paraglacial floodplain morphology? (5) How are terrace deposits remobilized and what effect does prior glacial sediment production continue to have on modern sediment routing? To address these questions, we will determine rates of glacial sediment production and track post-glacial sediment routing by analyzing and comparing inherited cosmogenic nuclide concentrations both amongst terrace profiles and between terrace sediment and modern river sediment. Broader impacts: Our broader impacts plan falls into four categories. (1) Promoting diversity, equity and inclusion in the geosciences pipeline: In collaboration with the â€˜Girls inc., Eureka!â€™ program in Holyoke, MA we will run a summer workshop on Quaternary sediments and landforms in western Massachusetts for high school girls interested in STEM careers. (2) Making the results of this project accessible to local residents and the broader scientific community: We will plan and run a Quaternary Research Association field workshop presenting and sharing the result of this project with local residents and the broader Quaternary community. (3) Developing accessible undergraduate educa

An Mw 5.1 earthquake occurred on 9 August 2020 at 8:07AM, near Sparta, North Carolina. It was strongly felt in the town of Sparta (Intensity VI) and across the Southeastern, Midwest, and Northeastern US, a MMI II as far away as Cincinnati (OH), Atlanta (GA), Washington DC and Wilmington (NC). A field survey was initiated on the day of the earthquake by researchers from NCSU (including the members of this proposal), UNC, NCGS and USGS. Surprisingly, they found that this moderate earthquake caused a displacement (rupture) of the ground surface. This is the first time that surface rupture has been documented in the eastern USA and immediate efforts to document its characteristics were undertaken. Observations suggest that the surface deformation may be associated to re-activation of sub-surface pre-existent discontinuities, whose tectonic activity is poorly understood. Preliminary data indicate that the surface fault is expressed by a narrow zone of deformation, traceable for ~2.2 km along strike. Along the length of the surface rupture, deformation is accommodated by reverse displacement and/or folding/flexure of the hanging wall (south side): the maximum vertical displacement is ~20 cm, with an average of 8â€“10 cm. We hypothesize that the surface rupture has not yet been fully recognized due to its subtlety and crossing of vegetated areas. To fully assess and to help answer fundamental questions on the earthquake dynamics, we request support to acquire a high-resolution LiDAR airborne data (NCALM), and to continue the acquisition of terrestrial LiDAR scan survey data, high resolution aerial imagery, subsurface geophysical survey data and to collect additional geologic and geomorphic observations. Funds for high resolution LiDAR will be requested by NCALM if this RAPID proposal is awarded. The goal of this proposed research is to complete the field documentation of the earthquake surface rupture before natural processes and anthropogenic activities destroy the subtle surface topographic features produced by the earthquake. These acquisitions will provide information and data to correlate with present and future observations.

Funds are requested to conduct a paleoearthquake trenching investigation along the Little Valley fault zone. The Little Valley fault is part of a ~90 km-long north-striking system of active faults that includes the major range bounding Genoa and Washoe Valley faults. The fault zone is situated within the Walker Lane, a zone of distributed active faulting that, at the latitude of the little Valley fault, accommodates approximately 6â€“7 mm/yr of northwest-directed relative dextral motion. There is thus reason to consider that the fault within Little Valley accommodates a significant portion Walker Lane slip and is capable of producing moderate to large surface rupturing earthquakes very near the urbanized areas of Carson City and Reno. Mapping of the Little Valley fault length shows it is capable of hosting a magnitude 6.5 to 7 earthquake. Because the fault is located close (~15 to 20 km) from the urbanized areas of Carson City and Reno, the fault represents a potentially very significant seismic hazard to the communities and businesses of the area. This proposed effort to gain information on the timing and size of past displacements on the fault will provide critical and valued information for construction of the USGS National Hazard Maps. Fault trenching will be undertaken at two key locations ultilizing established methods and C-14 and optically stimuluted luminescence dating. The National Hazard Maps inform the engineering community in the establishment of building design codes and guidance to planning groups within government agencys charged with emergency management. Incorporation of the results anticipated for this research will thus serve directly to reduce losses from future earthquakes in the area. To date, there have been no studies bearing information on earthquake size and recurrence along the Little Valley fault zone.

Overview: A paleoearthquake and fault slip rate investigation provides the platform for a multi-faceted collaborative program of science, education, and outreach. The Mw 7.3 1915 Pleasant Valley earthquake is the largest continental normal faulting surface rupture earthquake recorded in the last ~100 years and defines the northern end of a sequence of earthquakes within the Basin and Range extensional province that defines the Central Nevada Seismic Belt (CNSB). A collaboration of three institutes will provide the opportunity for undergraduate and graduate students to learn methods and concepts bearing on earthquake science in the framework of an active research project and lead to the development of online and classroom materials for education and outreach. The study will consider one of the few large continental earthquakes that occurred in recent history and remove a significant void in our collective understanding of active tectonics in the Basin and Range and the CNSB. There are few continental normal fault earthquakes on which to gather observations bearing on the characteristics of rupture and recurrence. This study will provide the basis to compare and contrast characteristics of the 1915 ruptures to those that occurred before, both on the 1915 fault and elsewhere around the globe. The data collected will place observational bounds on conceptual models of earthquake recurrence and the physics of earthquake processes that form the underpinnings of seismic hazard analysis. Intellectual Merit: It is through the cumulative study of individual earthquakes that the research community gains observations to understand earthquake ruptures and their role in active tectonic processes. This research will quantify the timing of past earthquakes and the average rate of slip on the fault that produced the 1915 earthquake. Given it is the largest continental normal fault surface earthquake this and the last century, and considering its location in the nearby Basin and Range extensional province, the lack of a quantitative study of these aspects of the earthquake ruptures is a serious omission of observation. The use of modern AMS radiocarbon, Optical Stimulated Luminescence, and Terrestrial Cosmogenic dating methods in conjunction with paleoearthquake trenching investigations proposed herein will yield observations to 1) assess the northward extent to which slip rate is elevated along the CNSB within the interior of the Basin and Range, 2) to determine whether the past history of events in Pleasant Valley exhibits repeated clustering of events that are observed in the CNSB to the south, 3) address whether or not strands of the 1915 rupture separated by a 4 km step in trace exhibited the same behavior in past earthquakes, 4) compare geologic rates of slip during the late Pleistocene as compared to modern geodesy, 5) cross-check multiple dating techniques applied to the same sediments, and 6) develop quantitative constraints on the timing of alluvial fan deposition in Pleasant Valley as a possible tool for assessing fault slip rates on adjacent range fronts exhibiting the same geomorphic and soil characteristics. Broader Impacts: The broader impacts of the proposed research are embodied in a collaboration of two universities with Great Basin College (GBC). The main GBC campus is in Elko, Nevada and provides career paths to ~4000 undergraduates students in Elko and connected online at two dozen sites across ~90,000 square miles of Nevada. The collaboration is designed to 1) create synergy in earth sciences between rural colleges and the largest university in northern Nevada as well as UC in the midwest, 2) illustrate career paths to students interested in earth sciences, 3) create curriculum materials for earth science educators at rural high schools and GBC campuses that may be used as a permanent source of reference, 4) develop online field guides for students and the public, and 5) illustrate the role of NSF research in education to the broader public. The research will serve to advance the teaching and research go

SCIENCE OBJECTIVES: 4.3.2 & 4.3.3. Gathering well constrained slip rates on the southern California fault system, with emphasis on major structures, along strike variations, quantification of uncertainties, and comparison with geodetic observations and fault loading models and development of a paleoseismic event model to facilitate regional correlation with paleoclimate and other proxy records, document record completeness, and to enhance comparison of event history with the outcomes of earthquake simulations 5.5.2.A. Research on the timing and size of large earthquakes on the San Andreas Fault System are encouraged that utilize modern geochronologic techniques, or exploration of uncertainties in paleoearthquake or geomorphic event dating 5.5.3: Basic research on the occurrence of large earthquakes on the San Andreas Fault System. This includes study of the factors that lead to occurrence and preservation of ground rupture and offsets, as well as improved dating and correlation techniques for development of fault rupture histories.