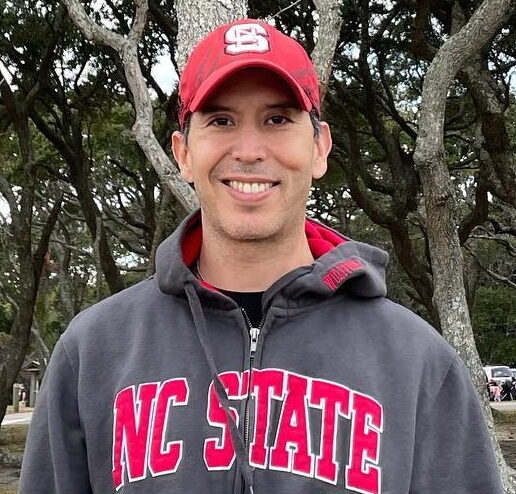 Robert Mera is the Program Coordinator and Lecturer for the Climate Change and Society MS and Climate Adaptation Certificate for the MEAS Department. He earned his Bachelor’s in atmospheric science at UNC-Asheville (2003) and MS (2006) and PhD (2010) at NC State. During his time at NC State he also had an internship with the Asheville Graduate School in 2008 for the creation of an MS in Climate Change and Society, as well as a research assistantship with the Nyogi Land Surface Research Lab at Purdue University 2006-2008. He was a postdoc scholar for UCAR based at Oregon State University 2010-2013 and a Kendall Science Fellow at the Union of Concerned Scientists 2013-2015. During his PhD his research was involved in the intersection of health and West African climate. His work during his postdoc at OSU was on climate attribution and during his Fellowship at UCS his work focused on analyzing specific carbon emissions to determine how they are affecting global temperatures and extreme heat events.

SHORT DESCRIPTION OF INTERESTS:
I am thrilled to be a part of the Coastal Resilience and Sustainability Initiative and collaborate in interdisciplinary research for our students in the Climate Change and Society program as well as to be a source of information for the initiative going forward.