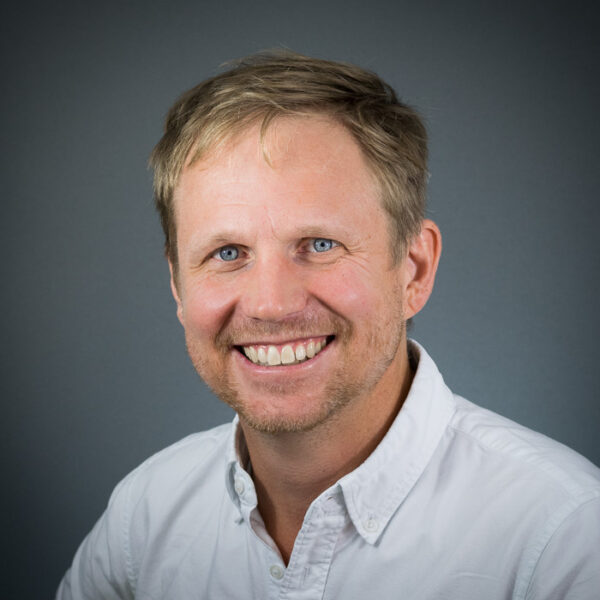 Rapid responses and data-driven decision support tools are essential for understanding and mitigating threats posed by yield-damaging agricultural pests and pathogens. However, sparse data are well-known challenges limiting the accuracy and iterative improvement of pest spread models. This research will couple advances in image classification with vetted crowdsourced and satellite imagery to build an automated, repeatable pipeline for scaling host mapping efforts essential to forecasting pest spread. The resulting spatially-explicit maps of host species at scale will improve pest risk forecasting by addressing sparse data concerns and reducing data latency, thereby enabling iterative updating of the model parameters as new data become available and shortening time to decision making. We will specifically focus on fruit and tree nuts that represent an economically and culturally significant crop in the United States threatened by emerging pests and climate change. Throughout all aspects of the project, we will collaborate and build on our partnerships with USDA APHIS and ARS, state departments of agriculture, and growers associations to identify key threats to fruit and tree nut crops, iteratively validate host species maps and model forecasts, and co-develop a user-friendly decision support tool and alert system that translates forecasts and simulations into actionable insights. Our iterative near-term forecasting system coupled with data inputs created using machine learning will reduce costs for pest surveys and help growers identify when and where to intervene to protect their crops, thus reducing production losses and chemical inputs.ÃƒÂ¢Ã¢â€šÂ¬Ã¢â‚¬Å¡

Riparian buffers have been used to protect water quality from human land uses for decades, and their impacts at local and stream reach segments are well established. What is not well understood is the scale and placement of riparian buffers required to improve water quality across regional scale watersheds, thus protecting coastal ecosystem health from upstream development and agricultural land uses, particularly in the context of changing land use and climate. The outcome goals of the Healthy Coastal Ecosystems focal area of North Carolina Sea Grant Strategic Plan emphasize the critical need for wholistic, watershed approaches that include upstream-downstream connectivity and the impacts of changing climate and land use on watershed health. Our project goal is to apply a human-natural systems watershed approach address critical gaps in scientific understanding that forward the outcomes of the Healthy Coastal Ecosystems Focal area 1. Identify the role that upstream land use change plays on downstream (coastal) water quality in the context of changing climate 2. Examine the role that riparian buffer protection policy might play in mitigating the impacts of climate and land use change on downstream, coastal water quality. We will test a central hypothesis that strategic buffers, those placed on local watersheds with the greatest extents of either developed or row crop agriculture with provide significant improvements to whole watershed health (stream flow flashiness, sediment and nutrients) as measured across sub-watersheds and at the coastal watershed outlet. We will compare the watershed health benefits of strategic buffers only in the Piedmont, urbanizing region of the Cape Fear River basin to the placement of buffers throughout the entire basin. We will analyze the effectiveness of strategic buffers to business as usual (no mandated buffers) as well as complete buffers (all streams). To ensure results of our project reach stakeholders, we will form a Stakeholder Advisory Board that will provide regular assessments of project success.

The scope of work under this agreement will consist of three major functions: 1) GIS research, development and technical support for parks and programs of the Northeast Region of the NPS, 2) assistance with strategic and tactical planning for GIS implementation and 3) operational testing and deployment help with Enterprise GIS initiatives and designs. The Center for Geospatial Analytics at North Carolina State University has worked with the Northeast Region of the NPS for over 20 years in the development of GIS for park management. This activity has led to major advances in the planning and application of GIS technology in the NPS and has placed the Northeast Region among the leaders within the NPS in this regard.

We will be using our shipment inspection simulator PoPS Border to make it more user friendly for personal not familar with JSON or coding by allowing a single excel spreadsheet or csv as input. We will then run a suite of scenarios to test the most time efficient means of sampling for the cut flower inspection protocols.

Eradication or containment of an invasive pest is one of the most difficult, expensive, and critical decisions that engage state, federal, and private sectors stakeholders. These decisions are complicated by multiple factors that are difficult to predict. These include the host distribution and pest spread potential; the types of surveys, traps, and treatments that are possible; the potential impacts of the pest; the management strategy; and the timeline for making a decision.

The primary purpose of this agreement is to cooperatively develop a framework to allow for integration of geospatial information systems as well as geospatial products into a Geospatial Hub hosted within an existing platform at USDA. All constituent parts of USDA (mission areas, agencies, services) have geospatial investments and use. There is a need for a platform to 1. communicate the impact of geospatial programs and 2. allow for data sharing within USDA and between USDA, academia, private sector, other Federal agencies, and the public.

The Eradication Analysis & Decision Support (eRADS) tool helps evaluate the decision to eradicate or contain a pest. First, eRADS identifies the area of concern using data on the pest distribution, its associated hosts, and what is known about the biology of the pest. Next, eRADS quantifies landscape metrics in the action area ÃƒÂ¢Ã¢â€šÂ¬Ã¢â‚¬Å“ specifically the connectivity of suitable hosts ÃƒÂ¢Ã¢â€šÂ¬Ã¢â‚¬Å“ and the Pest or Pathogen Spread (PoPS, Jones et al. 2021) to determine how likely the pest could disperse. Then, eRADS leverages what we know about the pest from CAPS datasheets, New Pest Response Guidelines (NPRG), or New Pest Advisory Group (NPAG) reports to evaluate treatment options and determine how quickly they might be deployed.

The primary purpose of this agreement is to develop algorithms for determining optimal pest management solutions. We will use four algorithms: Approximate Bayesian Computation, Genetic Algorithms, Simulated Annealing, and Probabilistic Programming. Further, we expand on these approaches by building an ensemble of the optimal management solutions from each algorithm to provide a more robust approach than any one algorithm alone. Decision makers and stakeholders can view the effectiveness of each solution - measured by preventing quarantine escape, minimizing populations, or conserving agricultural commodities or tree species - on the Tangible Landscape, the PoPS dashboard, or any GIS platform.

The conversion of land from non-urban and rural uses to urban, and highly modified uses, is arguably the most direct, intense, and long-lasting modification of habitats that can be made by humans (Theobald, 2013). Simulating these evolving patterns in areas experiencing substantial population growth and urbanization can assist natural resource managers in adaptive planning efforts (Terando et al., 2014; Dorning et al., 2015). This is especially relevant in the Southeast U.S., where a favorable winter climate has led to large influxes of people from other areas of the country over the past several decades (Rappaport, 2007). However, the Southeast is also a region that is highly exposed to the effects of climate change, particularly along the coast and other low-lying areas which contain 27% of the regionÃƒÂ¢Ã¢â€šÂ¬Ã¢â€žÂ¢s total population. Recent modeling studies have called attention to the potential for coastal sea level rise (SLR) to act as a push factor that would drive residents from the coast to less risky inland locations at higher elevation (Hauer, 2017; McAlpine & Porter, 2018). These and other studies however, in focusing on the push factors along the coast, have to date not considered spatially-explicit outcomes of population redistribution and have not considered the degree to which existing external pull factors (e.g. economic and environmental amenities) of regional growth into the Southeast will affect future urbanization patterns. Here we will build on prior demographic and land change modeling efforts by developing state-of-the-science spatially-explicit scenarios of urbanization patterns in the Southeastern U.S. (Figure 1). Our approach will tackle this problem by explicitly accounting for the strength of two potentially counteracting forces: 1) regional out-migration and internal redistribution driven by increasing coastal and low-lying areas at risk due to climate change, and 2) regional in-migration that historically has been driven by climate amenities, but is also potentially amplified through economic growth in southern metropolitan areas (Figure 2). The resulting urban change scenarios will allow natural resource decision makers to visualize and anticipate hotspots of urbanization and population movement across the region through the end of the century.

The primary purpose of this agreement is to enhance our understanding of SLF spread through natural and anthropogenic means and understand overall program effectiveness. In order to achieve this we will improve on our existing spread model by updating forecasts using new data, provide accuracy assessment and indications on areas where the model doesnÃƒÂ¢Ã¢â€šÂ¬Ã¢â€žÂ¢t match the observed data, add extra functionality into the model to account for long distance dispersal along rail pathways, analysis areas with the largest risk of SLF natural spread, and perform analysis of overall program effectiveness. The primary obstacle of implementing a network model into our current model for railways is that SLF doesnÃƒÂ¢Ã¢â€šÂ¬Ã¢â€žÂ¢t just move from A to B along a rail car like if it were to be loaded into the cargo bay of an airplane but eggs can be moved along this path from A to B and adults can hold on to rail cars and jump off along that pathway creating a more complex environment that requires a non-traditional network modeling approach.