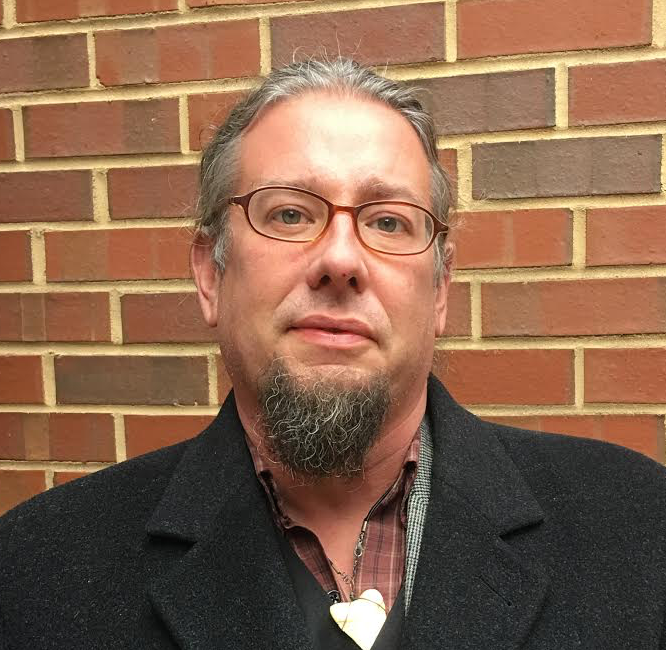 Fishmeal (FM) and fish oil (FO) are important ingredients for aquaculture fish feed formulations due to their contribution of essential amino acids and polyunsaturated fatty acids, respectively. These are beneficial in many ways. However, these ingredients are relatively expensive and rely on wild-caught seasonal harvests. Therefore, we are interested in examining the potential of converting sustainably-sourced salmon processing by-products (fish trimmings and skins; SBP) into components of aquaculture fish feed. In North Carolina, 25,000 lbs of SBP is generated each week from a facility that processes aquacultured salmon into smoked fillets. Currently, most of the SBPs are taken to a landfill. We propose the utilization of SBPs to produce FM and FO that will be substituted in standard feed formulations at 25, 50, 75, and 100% of normal commercial ingredient (FM and FO) inclusion rates. Fish feeds will be formulated to be complete diets, isonitrogenous and isocaloric. Feed ingredients and formulated fish feeds will be analyzed for physicochemical properties related to quality during a 6-month accelerated shelf life study. Initial feed palatability studies will be conducted using a commercial marine aquaculture species (striped bass). Then we will test the efficacy of formulated feeds during 18-week fish feeding trials.

The North Carolina Sea Grant College Program integrates three university functions ÃƒÂ¢Ã¢â€šÂ¬Ã¢â‚¬Â research, education and outreach ÃƒÂ¢Ã¢â€šÂ¬Ã¢â‚¬Â into a cohesive, innovative, program that addresses priorities of the stateÃƒÂ¢Ã¢â€šÂ¬Ã¢â€žÂ¢s numerous coastal communities. These include, but are not limited to: communities of individuals located along the 300 miles of oceanfront shoreline and those within the 20 counties designated by the Coastal Area Management Act; coastal and estuarine water- and land-based industries; the vast natural environmental resources including the 2.3 million acres of estuarine habitat that provide important ecological and cultural resources for the entire state. North Carolina Sea Grant (NCSG) positions itself at this intersection of research and outreach, working to ensure results are translated to actionable information in support of the varied stakeholders invested in North CarolinaÃƒÂ¢Ã¢â€šÂ¬Ã¢â€žÂ¢s coast. Taking discoveries, demonstrations and experiential knowledge developed by experts and delivering those results to identified audiences is a model our program embodies. These efforts support improved understanding and appreciation of the near-shore and coastal ocean environment and the sustainable use and development of its resources. We join other coastal and Great Lakes states in a national network of Sea Grant universities charged with meeting the needs of society in our home state, our regions, and the nation as a whole.

Striped Bass is an important recreational and commercial fish species along the east coast of the U.S., however natural recruitment in the Tar, Neuse, and Cape Fear rivers of North Carolina is poor and the basis of this failure is unclear. As a result, the fishery is almost exclusively supported through supplemental stocking efforts. Early life history information is crucial to understand factors limiting recruitment and necessary for developing and implementing fisheries management plans. Egg characteristics, such as size, density, and oil globule diameter, can affect buoyancy and ultimately egg viability of pelagic spawning fishes. Striped Bass egg characteristics have been observed to vary among watersheds throughout their range suggesting genetic or environmental regulation of egg characteristics may be responsible for disparities in egg viability. Furthermore, determining egg viability is essential to understanding recruitment dynamics and guiding management of Striped Bass in the Tar/Pamlico, Neuse, and Cape Fear rivers due to use of Ronaoke River broodstock. As such, we will investigate the effects of genetic origin and environmental conditions (i.e., staging salinity during egg development) on the multiple vitellogenin egg yolk system in Striped Bass to better understand the impacts of yolk composition and egg buoyancy on Striped Bass recruitment dynamics in North Carolina. Stocks of Striped Bass may be genetically designed to spawn in rivers associated with natal estuaries of a particular salinity and this information may be used to improve management strategies based on hatchery stocking.

The U.S. has the greatest unrealized aquaculture growth potential of any country in the world. One of our goals is to support and expand the hybrid striped bass aquaculture industry through genetic improvement of domesticated broodstock and novel implementation of creative technologies, such as machine learning (ÃƒÂ¢Ã¢â€šÂ¬Ã‹Å“artificial intelligenceÃƒÂ¢Ã¢â€šÂ¬Ã¢â€žÂ¢) predictions of animal performance based on experimental data. There is a key gap in our knowledge about breeding better hybrids as we fundamentally do not understand how the genomes from two different animals combine to create a hybrid phenotype. If we could apply this understanding of heterosis correctly, there is a possibility of uncovering a huge, unrealized genetic potential that could be transformative among agriculture crop and animal production. An appropriate and comprehensive genome wide analysis of heterosis has never been conducted in animals to date due to limitations in required analytical and computational capability. Our work has revealed the power of machine learning in the detection of corollaries between biological state and datasets generated in ÃƒÂ¢Ã¢â€šÂ¬Ã‹Å“omicsÃƒÂ¢Ã¢â€šÂ¬Ã¢â€žÂ¢ studies. We propose to use machine learning procedures to identify gene expression patterns that are highly predictive of striped bass, white bass, and hybrid striped bass growth performance, and to then to deconvolve the individual expressed genes in the hybrid that are derived from either the white bass or striped bass parents, to understand the molecular basis of heterosis. Further, we propose to use machine learning procedures to identify small metabolite patterns that are highly predictive of fish growth performance, and then demonstrate the utility of these non-genomic markers in a divergent fish species to support their potential for use in predicting growth in all fishes.

Microalgae are responsible for half of the worldÃƒÂ¢Ã¢â€šÂ¬Ã¢â€žÂ¢s primary production and therefore have immense potential to provide sustainable energy and nutrition for a growing human population. Significant barriers have limited sustainable and economic production of high-value fats and proteins from microalgae. Recent work has shown most of these barriers can be overcome using the salt-tolerant genus of algae, Dunaliella. In the proposed research, economical and sustainable growth of Dunaliella biomass will be harnessed as valuable nutrition for aquacultural feeds. I propose three research projects that 1) incorporate salt brine wastes, from pickle and bacon production facilities, into Dunaliella media, 2) optimize growth and feeding of the brine shrimp Artemia using Dunaliella produced from waste streams, so that Artemia can serve as a replacement for fish meal in the farmed fish diet, and 3) develop a diet comprised solely of Dunaliella and Artemia, grown only using Dunaliella feed, as a complete fish feed for tilapia and larval feed for striped bass. Personally, completing the proposed research program will provide me with training in the field of aquaculture and help me transition technologies from microbiology into the field of aquaculture. The proposed research addresses AFRI initiatives to develop sustainable agriculture systems using natural biological cycles in a way that mitigates animal manure waste from meat production and salt waste from cucumber and bacon brines. This project mainly addresses two AFRI Farm Bill priority areas: Animal health and production and animal products and Bioenergy, natural resources, and environment.

Improved Cost Effectiveness and Sustainability of Aquaculture in the Philippines and Indonesia
Date: 10/25/07 - 7/31/18
Amount: $2,468,928.00
Funding Agencies: US Agency for International Development (USAID)

Aquaculture in the Philippines and Indonesia is a high food security priority particularly in the light of the countries? rapidly growing populations and their continued dependence on fish protein. The incomes from family farming, however, are modest at best relative to fish production costs. Thus there is a significant push to develop strategies that will improve the cost effectiveness and sustainability of fish farming in the Philippines and the subsequent livelihood of its people. In this proposal several separate but integrative investigations will assess key areas of research aimed at reducing farming costs for tilapia and milkfish, two prominent species cultured in the Philippines and that include both inland and coastal fisheries. Feed is clearly one of the most costly aspects of fish farming, representing as much as 80% of total production costs. This emanates in part from feed wastage and the rising cost of fishmeal, whose sources are on decline. Any management strategies that reduce feed requirements would be advantage to income generation of the small-scale farmer. Two investigations will determine if delayed or reduced feeding protocols can limit feed requirements for tilapia and milkfish with little impact on yield. We will also utilize least cost formulation and feed manufacturing technology to try and limit usage of fishmeal, but that also incorporates diets containing locally available Philippine ingredients. Due to the projected increase in demand for tilapia and the generation of an export market, the need for quality seed is expected to double. A third investigation is therefore aimed at improving hatchery technologies for tilapia seed production. This investigation will assess broodstock age as a function of fecundity as well as establish the relative effectiveness of three types of fry/fingerling rearing systems on tilapia growout. In collaborative work with the GIFT Foundation International, the experiments will work on a GIFT strain of tilapia seedstock that has been selectively bred for high performance and is distributed throughout Southeast Asia. Podcasting is an internet-based communication method that is increasing sharply in popularity. However, its use as an extension tool has been relatively limited and nonexistent in the Philippines. A fourth investigation will establish a specialized, internet-based delivery system for news and technical developments of interest to tilapia farmers and the science community. The audio tilapia Podcasts will be first implemented at Central Luzon State University, where farmers, faculty and students can gain the latest news on the tilapia farming. Subsequent podcasts will be produced for video and accessible worldwide to interested parties. In Indonesia a tsunami wiped out entire shrimp farming sectors. There is now heightened interest in diversifying aquaculture crops following the realization that much of their pre-tsunami shrimp farming practices led to deterioration in water quality and the mangrove coastal habitat. Therefore, a fifth project will utilize the expertise of Filipino scientists at SEAFDEC to assess and implement polyculture of tilapia, shrimp and seaweed for a more sustainable form of aquaculture.

The overall aim of the project is to identify and breed individual fish that are capable of rapid growth in marine environments, to improve profitability of finfish culture in states along the eastern coast of the US. The National Striped Bass Breeding program, located at the North Carolina State University Pamlico Aquaculture Field Laboratory (Aurora, NC), has 9 generations of domesticated broodstock that have been selected for rapid growth and other aquaculture attributes. We propose to create the offspring of crosses from selected broodstock in the breeding program for growth trials in marine and freshwater. Finclips will be taken from all broodstock for genetic identification using microsatellite markers and the larvae from each cross will be segregated. Phase I fingerlings will be provided to researchers at the University of New Hampshire where the growth trials will be conducted. At the conclusion of the experiment, superior performing individuals will be separated from the general populations and be retained for future use as broodstock.

The new equipment will serve a diverse user community. Because of its combined capability as a highthroughputb sequencer that generates reads ultra fast, it will be an essential tool in research requiring: 1) variant detection for genotyping breeding populations, 2) near real-time metagenomics remediation assays and other population surveys, 3) SNP detection, genotyping, and genetic mapping, 4) transcriptome sequencing and gene expression analysis, and 5) full genome and targeted resequencing (including ChIP seq and bisulfite-treated DNA applications)

In this proposed project, we aim to support ongoing and future bioinformatic annotation and curation efforts of the striped bass (Morone saxatilis) and white bass (M. chrysops) genome sequence assemblies, principally the means to make these important resources available online to the research community and to the public in an easily searchable and user friendly format.