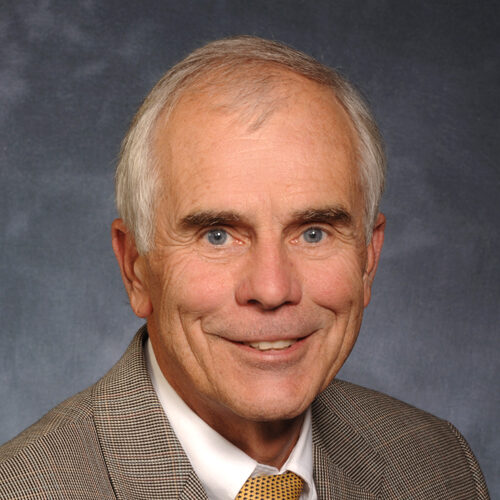 Professor of Medicine and Infectious Diseases

I have spent my career as an academic veterinary internist with research interests in vector-transmitted intracellular pathogens. For over 25 years, I have been the co-director of the NCSU-CVM Vector-Borne Diseases Diagnostic Laboratory, principal investigator for the Intracellular Pathogens Research Laboratory and Director of the NCSU Biosafety Level III Laboratory in the NCSU Comparative Medicine Institute. Historically, our research has focused on important tick-transmitted pathogens in the genera Anaplasma, Babesia, Borrelia, Ehrlichia and Rickettsia. For the past decade, we have emphasized studies directed at the genus Bartonella. From a comparative medical perspective, Bartonella are critically important emerging pathogens in both human and veterinary medicine. Most recently, my research group has lead efforts to enhance the diagnostic detection of these highly fastidious bacteria in animal and human patient samples. As a result, we have reported Bartonella henselae infection in dolphins, Beluga whales and sea turtles. My primary interests are determining how this “terrestrial” vector-borne organisms is gaining access to the marine environment, and whether infection results in neurological dysfunction, particularly in stranded dolphins.

Exposure to infectious agents can cause neuropsychiatric symptoms. Pediatric acute-onset neuropsychiatric syndrome (PANS) is a poorly understood clinical syndrome of young people defined by the sudden onset of neuropsychiatric symptoms including obsessions/compulsions or food restriction.1 Depression, irritability, anxiety, and decline in school performance often accompany PANS symptoms. PANS can be triggered by infection (Group A streptococcal infections), metabolic disturbances, and other often idiopathic inflammatory conditions.1,2. Due to the clinical nature of the diagnosis and the lack of basic science investigations into the biological causes, PANS has unfortunately become a highly contested and politicized diagnosis with devastating consequences for the affected families. Improving the quality of life and medical outcomes for affected patients and their families requires scientific studies that elucidate the infectious root causes of this disorder. From a scientific perspective, the most significant challenge is the establishment of a direct causal relationship between exposure to infectious agents and disease onset. Here, we propose that two genera of vector-borne bacteria are associated with psychiatric disorders in children and adolescents and may in fact represent a cause of PANS. In order to avoid the controversy around PANS, we propose to recruit participants who have been diagnosed with Touretteâ€™s disorder (an established and uncontested diagnosis) and evaluate the presence of active infection with two genera of bacteria for which we are the leading experts through our development of novel laboratory-based assays-namely Bartonella and Borrelia. We will use a case-control design and compare patients with Touretteâ€™s to control participants without a psychiatric diagnosis. We use Touretteâ€™s disorder as an inclusion criterion since this disorder is associated with dysfunction of the striatum, reflected in the fact that obsessive compulsive disorder (OCD) is a frequent â€œcomorbidity.â€ Thereby, this population will share important clinical features with PANS and is in fact highly likely to strongly overlap with PANS, given the importance of OCD as a defining criterion in the clinical diagnosis of PANS. By using such a sample that is free of controversy in terms of the primary diagnosis, the study is designed to maximize significance as the results will support a role of infection in pediatric psychiatric disorders independent of the politics around PANS. Detailed psychological assessments will be performed, which will allow us to delineate what subset of the sample qualifies for a PANS diagnosis. It is important to mention that Touretteâ€™s is currently listed as a differential diagnosis in the definition of PANS. We propose that Touretteâ€™s is yet another clinical disorder with unknown causes and hypothesize that ultimately a significant subset of patients with these clinical syndromes will be subsumed by the identification of the actual, infectious causes. Our study design directly tests this hypothesis.

"Bartonella spp. are zoonotic, stealth bacterial pathogens that were not known to infect animals or humans in North America prior to the HIV epidemic of the early 1990,s. Essentially, emerging from a non-existent genus, there are now over 40 Bartonella species or subspecies, of which at least 17 have been associated with a spectrum of disease pathologies in animals, humans or both. In recent years, strong evidence suggests that this genus of bacteria plays an important role in a spectrum of animal and human diseases such as cardiovascular (endocarditis and myocarditis), neurological (particularly neuropsychiatric presentations), angiogenesis and cancer, and rheumatologic (joint instability and arthritis) diseases in humans. There is a critical need to enhance the overall clinical and microbiological understanding of bartonelloses as new emerging pathogens, so that patients can receive an accurate diagnosis and directed antimicrobial therapy. Drug development must occur in association with concurrent efforts to define disease pathogenesis and clinical presentations suggestive of infection with a Bartonella species. Therefore, in conjunction with other ongoing Bartonella research efforts in our laboratories, the primary focus of this research proposal will be the development of an oral targeted drug for treatment of bartonelloses. The specific aims at the Intracellular Pathogens Research Laboratory are: A) Lead screening studies to identify candidate Bartonella inhibitors for in vivo studies in animal models (performed at Tulane University) of Bartonella infection. Our first aim is to use a high throughput (HT) screening method to evaluate the effectiveness of several anti-Bartonella candidate drugs using in-vitro free-living bacteria cultures. B) To evaluate drug activity using different Bh-infected cell-line models. Drugs identified with activities against free-living Bh will be tested in seven human cell-lines: Four epithelial cell-lines and three central nervous system cell lines. To this end, anti-bacterial activity of candidate drugs in intracellular infected cells will be evaluated by characterizing bacterial load (by molecular methods using qPCR and ddPCR), intracellular bacterial localization (by FISH, IHC, and IFA imaging), as well as changes in expression of 22 biomarkers (by transcriptomic analysis). Different multiplicity of infection (MOI), host cell density and drug-exposure times (therapeutic window) will be evaluated. These results will be of critical importance in determining the extent to which a drug clears infection in various cell types, and extends our focus on Bh and neuropsyhiatric illness and cancer. C) Support IND enabling studies in mouse and Feline models of infection. To test whether candidate drugs exhibit Bh anti-bacterial activity in-vivo, blood, body fluids and tissues of experimentally infected mice and cats (from Embers lab. At Tulane University) will be evaluated by characterizing bacterial load, tissue bacterial localization, as well as changes in expression of biomarkers. Molecular methods (qPCR and ddPCR), intracellular bacterial localization (FISH, IHC, and IFA imaging), transcriptomic analysis (22 biomarkers), as well as histopathological analysis of numerous tissues will be used to evaluate anti-bacterial activity in immunocompromised mice and immunocompetent cats used as model for Bartonella infection and treatment. "

Primary focus of this project is to discover and evaluate Cytauxzoon felis genes and proteins for the purpose of diagnostic assays, vaccine antigens and novel drug targets.

Arrhythmogenic Right Ventricular Cardiomyopathy (ARVC) in the Boxer dog is an adult onset, familial disease characterized by the presence of ventricular arrhythmias, fainting and sudden death. We identified a causative mutation in the cardiac Striatin gene that is highly associated with the development of Boxer ARVC. We have demonstrated that some Boxer dogs with the mutation have a more severe form of the disease and will become quite sick while others will remain free of clinical signs. The reason for the variability in clinical signs is unknown but is thought to be associated with concurrent factors for that individual dog which could include a role for chronic infections, as well as genetics, hormonal levels, or other external factors including diet or exercise. The range of disease manifestation of Bartonella infection in dogs is broad, but Bartonella has been shown to infiltrate the heart muscle and has been identified in human beings with ARVC. We hypothesize that chronic Bartonella spp. infection may lead to the development of the more severe form of Boxer ARVC. Understanding the role of this, and other infectious diseases in the severity of ARVC will greatly improve the ability to manage this common and sometimes fatal heart disease.

Splenic masses comprise ~50% of all canine splenic disease. Despite advances in imaging and pathologic definition, the etiology and medical relevance of splenic lesions in dogs is often ambiguous. While some splenic tumors are benign, ~2/3 are highly malignant and carry a poor prognosis. Hemangiosarcoma (HSA) accounts for the majority of canine malignant splenic tumors and occurs most often in several of the most popular large breeds including Golden Retrievers, German Shepherds, and Boxers. A less common site of HSA localization is the heart (cardiac HSA). Risk factors for cardiac and splenic HSA remain unclear, confounding development of preventative strategies. Recently we reported a high prevalence of species of the bacterial genus Bartonella in dogs with HSA from North Carolina, suggesting a potential role in the initiation and/or progression of this cancer. Bartonella species exist worldwide and are transmitted by blood-sucking arthropods (e.g. ticks, fleas). Their presence in splenic tissue could potentially be explained by the fact that the spleen is primarily responsible for removal of blood-borne parasites from the systemic circulation. We therefore propose a comprehensive examination of the potential association between Bartonella infection and HSA by comparing the prevalence of Bartonella DNA in tumor and blood samples from both splenic and cardiac HSA cases, and also within and between distant geographical locations in the US. Ultimately, demonstration of a robust association between Bartonella infection and the development of HSA may lead to new opportunities for improved diagnosis, treatment and prevention of this devastating cancer.

Bartonelloses, zoonotic emerging infectious diseases with worldwide distribution, are caused by the genus Bartonella, facultative intracellular pathogens belonging to the class alpha proteobacteria. Currently, there is no reliable diagnostic assay and no vaccine has been developed for prevention of canine bartonelloses. To date, there has been minimal research conducted to identify and evaluate the diagnostic utility of Bartonella in vivo induced antigens for serodiagnosis of canine bartonelloses. Bartonella genes that are expressed during infection likely play a critical role in disease progression and disease pathogenesis as reported for other intracellular pathogens, for example: Brucella abortus, Vibrio cholerae and Yersinia pestis. Development of a novel B cell epitope based serological assay, as well as identification of potential vaccine candidates to prevent the zoonotic transmission, are of clinical importance. Our research objective is to identify in vivo induced (IVI) Bartonella antigens that can be used as diagnostic markers for canine bartonelloses. We will employ In-Vivo Induced Antigen Technology (IVIAT) to identify IVI antigens of Bartonella henselae San Antonio 2 (Bh SA2). Bartonella henselae positive canine sera will be collected, pooled, and adsorbed with in vitro-grown cultures of Bh SA2. Adsorbed sera will then be used to screen Bh SA2 genomic libraries by colony immunoblotting to identify positive clones containing IVI antigens. After cloning, expression, and purification of the identified IVI antigens, we will evaluate the utility of these antigens for serodiagnosis of canine bartonelloses. In this study, we will use a relatively new immunoproteomic approach to identify novel B cell epitope(s) of Bartonella henselae IVI proteins. Subsequently, we will develop a reliable B cell epitope(s) based ELISA assay that should reduce serological testing costs, and provide a rapid diagnosis as compared to the tedious, time consuming and relatively insensitive traditional (gold standard) IFA assay.

Boehringer-Ingelheim Vetmedica (hereafter referred to as â€œBIVIâ€) is providing funding for a Postdoctoral Scholar in the Department of Clinical Sciences College of Veterinary Medicine at North Carolina State University (hereafter referred to as the â€œDepartmentâ€). Services for the scholar include: 1. Writing technical bulletins 2. Presenting evening lectures externally to veterinarians and technicians and internally to students, interns, and residents 3. Providing expert opinion advice to veterinarians, technicians and pet owners through telephone and email consults 4. Assisting the professional services veterinarians, marketing veterinarians and VeTS group through telephone or email consultation on adverse event cases 5. Assisting with media events that require expert opinion 6. Attend the annual ACVIM meeting at which time resident scholars and the manager of this BIVI program will hold an annual meeting.