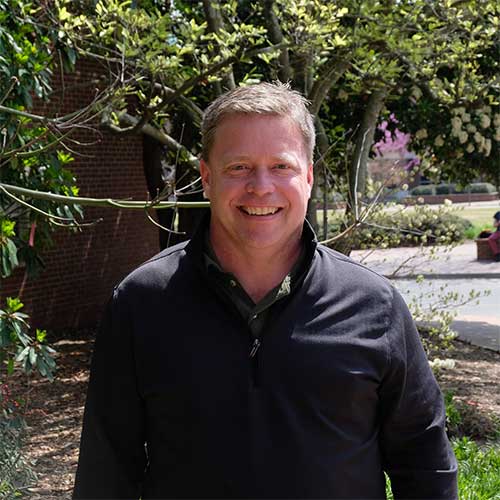 Roger H. von Haefen is a Professor in the Department of Agricultural and Resource Economics and Interim Director of the Center for Environmental and Resource Economics Policy at North Carolina State University. He is also the current Co-Editor-In-Chief of the Journal of Environmental Economics and Management and lead organizer of Camp Resources, a workshop dedicated to training the next generation of environmental and resource economists. His research spans nonmarket valuation, transport, economic measurement, and applied econometrics. Through funding from several government agencies and foundations, he has assessed the economic damages associated with the 2010 Deepwater Horizon oil spill, the impacts of climate change on outdoor recreation, the economic benefits of water quality improvements in lakes and streams in the Southeastern U.S., and the distributional and efficiency effects of higher gasoline taxes on the U.S. economy. He holds a Bachelor of Arts from the University of Notre Dame and a doctorate from Duke University, both in economics.

The coastal zone is one of the most dynamic natural systems on earth, with unremitting wind and waves, occasional storms, and sea level change playing key roles in process and evolution. Various patterns of sediment erosion and accretion can rise, with an overwhelming majority (80 to 90 percent) of coastline in the eastern U.S. exhibiting net erosion in recent decades (Galgano and Douglas 2000). Climate change threatens to increase the intensity of coastal storms (Hoyos, et al. 2006) and accelerate sea level rise (IPCC 2007). Analysis conducted by the Heinz Center (2000) suggests that one in four homes within 500 feet of the U.S. east coast could be directly or indirectly lost to erosion in the next 60 years, at a potential cost of $530 million each year. Beach replenishment ÃƒÂ¢Ã¢â€šÂ¬Ã¢â‚¬Å“ the addition of primarily dredged sand ÃƒÂ¢Ã¢â€šÂ¬Ã¢â‚¬Å“ has been a widespread policy response in the United States, with about $60 million (2011 dollars) spent annually by the U.S. Army Corps of Engineers (USACE) between 1950 and 2002. Historically, beach nourishment projects have been justified on the basis of storm damage reduction benefits (i.e., foregone storm damages) and incidental recreation enhancement benefits, while service flows have only been considered within the beach nourishment area. Primary beneficiaries of beach nourishment are residential and other property owners (esp. those on the waterfront) and beach visitors, but beach nourishment can engender other external benefits and costs, including those that extend beyond the immediate beach area. The market failure resulting from such externalities may have important consequences for the allocation of resources and public policy decisions. Failure to account for external benefits and costs may cause a misallocation of resources. A shortcoming of USACE Principles & Guidelines (P&G) assessment of beach nourishment projects is the use of unit-day values in valuing recreation. The current practice is a second-best approach that is designed to recognize the value of recreation without conducting extensive analysis of recreation behavior. The USACE, however, is discouraged from using the unit-day approach when visitation exceeds 750,000 visits per annum. The project will address the need for original valuation work for a number of sites under the Southeast DivisionÃƒÂ¢Ã¢â€šÂ¬Ã¢â€žÂ¢s jurisdiction, while providing a framework for expanding estimates to other sites for future assessments. The project will provide for assessment of National Economic Development (NED) Benefits associated with beach erosion control, including estimates of individual and aggregate economic value associated with beach recreation, potential changes in recreation value associated with improvements in beach width (or other management parameters like parking or access points) and how these changes translate into hotel occupancy rates, tax revenues, and economic impacts.

The main objective of this proposed research project is to develop, apply, and demonstrate methods for valuing the benefits of wadeable stream water quality improvements in urbanizing watersheds in the Southeastern U.S. To conduct this research, we take an ÃƒÂ¢Ã¢â€šÂ¬Ã…â€œecological production functionÃƒÂ¢Ã¢â€šÂ¬Ã‚Â approach that (1) translates changes in pollution loadings generated by a policy intervention into predicted changes in objective, biophysical measures of water quality and biodiversity; (2) transforms these changes in water quality into changes in ecological endpoints the general public values; and (3) monetizes householdsÃƒÂ¢Ã¢â€šÂ¬Ã¢â€žÂ¢ willingness to pay for changes in these endpoints using stated preference choice experiments. We envision presenting respondents with hypothetical choice alternatives for wadeable streams in urbanizing watersheds where the attributes include the ecological endpoints identified in focus groups and include appropriate metrics for the geographic scope and scale of water quality improvements (e.g., miles of improved streams, proximity to the respondentÃƒÂ¢Ã¢â€šÂ¬Ã¢â€žÂ¢s home, and the additional cost to households for achieving the water quality improvements). The final component of our work will be to demonstrate the policy relevance by combining results from the individual components of the research to estimate the urban stream quality benefits associated with actual nutrient management strategies proposed for the Upper Neuse (i.e., Falls Lake) watershed.

This contract will fund an economic analysis of SAV in the Albemarle Pamlico watershed. The project will address critical data gaps since the initial study in 2016 by estimating economic values directly related to ecosystem services provided by SAV within the coastal zone. SAV provides non-market benefits, that is, while SAV provides economic value, its services are not priced in a market. To establish a value for SAV requires the use of non-market valuation techniques, which are traditionally broken down into four categories: provisioning, regulating, cultural, and supporting services. Within each category, SAV may provide more than one service. For instance, within the regulating category, SAV provides both carbon sequestration (Van Houtven et al. 2016) and erosion control (Chen et al. 2007; Koch et al. 2009). However, given the relative lack of studies on ecosystem service valuation of SAV and the likely sensitivity of these estimates to local conditions, we limit the scope of our valuation efforts to two primary areas: (1) the value of goods and services related to water quality provided by SAV; and (2) the productive value of fish habitat created by SAV. These areas are chosen because they are likely to be the highest value services provided by SAV, most directly affect interested constituencies in and around the Albemarle Pamlico National Estuary, and because they have been studied previously, providing peer-reviewed scientific precedent for the approach. We will draw upon primary and secondary economic value data collected from comparable watersheds and data on North Carolina SAV abundance from APNEP aerial surveys. The work will achieve the following three objectives: Assess the value of water quality improvements Establish a fish habitat valuation using a bioeconomic model Complete a final report

This project proposes a five-year continuation of the Camp Resources Workshops. The Camp Resources workshops allow graduate students and young professionals to present their research at an early stage and receive senior faculty comments. The workshop mentors graduate students in environmental economics in three areas: research methods; presentation skills; and one-to-one interaction about research concepts. The theme for this project is current issues workshops which should advance the field of environmental economics by exploring current and emerging issues of national or regional significance. Camp Resources workshops were launched by Senior Investigator V. Kerry Smith, and fourteen workshops were held each year from 1993 to 2006. This grant proposal seeks to continue the workshops begun by Dr. Smith. Each year approximately 65 to 75 students and young professionals participate.

ABSTRACT/SUMMARY: We propose a project centered on the objective of providing a general framework for valuing the non-market benefits of fresh water nutrient reductions as needed for evaluation of states? nutrient reduction plans. Our demonstration area is eco-region IX of EPA?s regional classification system, which includes most of the inland southeast. Our project consists of the following three main components: 1) Development of a quality assessment production function whereby quantitative measures of ambient nutrient levels can be mapped to qualitative indicators of ecosystem health and suitability for designated uses. 2) Development of a framework for non-market valuation of the benefits of nutrient reductions that: (a) links to the quality assessment production function; (b) is general in that the software, data sources, and analytical techniques are transferable to any region and scalable for any policy question; and (c) is location-specific in that the parameters of the benefit function can be calibrated based on local conditions and the local policy question of interest. 3) Transfer of knowledge on how the framework can be applied for regulatory analysis via: (a) a training workshop targeted at state level water quality regulators and analysts; and (b) distribution of software, data sources, and educational materials necessary for implementing the framework. Our analysis integrates three modeling approaches and exploits existing secondary data as well as primary data to be gathered as part of this project. We will extend ongoing research by project team members on production function modeling in which the relationship between measurable nutrient levels and use-relevant descriptive criteria for individual water bodies is quantified. This modeling effort will be linked with stated preference (SP) and revealed preference (RP) valuation models. Our SP models will focus on a choice experiment whereby preferences for the attributes of water bodies are elicited, and the attribute levels are linked to predictions from the quality assessment production function. The choice experiment models will be combined with RP information on water recreation choices that is specific to a given policy area. We will exploit a recently suggested combined RP/SP strategy that allows the idiosyncratic nature of individual water bodies to be reflected in a location-specific benefit function while also including the necessary policy variables. Our project contributes a scientifically rigorous yet accessible valuation protocol that is applicable across a large region but customizable for local applications. Its outputs will include an integrated water quality assessment/economic model that can predict non-market values for changes in nutrient concentrations across a large region of the country. Our training workshop and materials will assure the tool is made available to state, regional, and national water quality analysts and policy makers.

ENTRIX is currently building a spreadsheet-based tool that will help private companies and public agencies do a better job of incorporating the impact of their activities on ecosystem services. The tool, called ESValue, will use structural equation modeling to estimate the potential impacts of alternative management strategies on ecological services. A conjoint model then measures the value of the affected ecological services. The student intern will be responsible for helping develop the structural equation modeling component of the model and applying to a case study in the San Pedro watershed in Arizona.

In this application we propose a training workshop centered on the theme of micro-econometric analysis in environmental economics. The workshop will be held in May 2009 in Washington, DC, and will target young professionals working on applied problems in environmental economics. We will target an enrollment of 40-50 participants. The proposed workshop is a logical follow-up to a similarly themed, EPA-sponsored workshop we hosted in October 2006. We have assembled the same speaker team and will build on the notable success of the first workshop. We will integrate lectures on topics such as classical and Bayesian mixed logit models, dynamic aspects of agent choices, spatial sorting models, and corner solution models with applied exercises and tutorials on purpose-written software. We have tentatively titled our workshop "Micro-econometrics for environmental economics: Current and future frontiers". The need for this type of workshop stems from the fact that contemporary analysis methods for the problems faced by environmental economists have outpaced standard course work and packaged software. State of the art analysis today requires an understanding of micro-econometric methods generally, and comfort with simulation techniques and the modeling frameworks listed above in particular. While many of these techniques are surprisingly accessible to the practitioner there are nonetheless large fixed costs associated with learning them. Our workshop is designed to ease entry into these analysis methods for economists working on environmental policy problems.